Dr. Eugene Kramer began his love for the sports of tennis at golf at a very young age.  He was introduced to the sports by his mother, and grew to love both of the sports.  During his youth, he was fascinated by players like John McEnroe, Gabriela Sabatini and Jimmy Connors.

At the age of 15 in Long Island, New York, Eugene started to get coached in tennis by a local pro, and played varsity for Northport High School, and had big dreams for his tennis future.  Then, at Florida Atlantic University, Eugene continued his tournament play and competed successfully in the Division 2 circuit with a successful record.

After college, Dr. Kramer continued his play in Rhode Island, where he competed on both hard and clay courts, and was coached by local Russian Pro Uri Stetstenko.

Since then, he has played many tournaments near the Bristol, Rhode Island area, and currently continues to play tennis recreationally and maintains a love for the sport.

He is passionate about tennis and golf, and you enjoys playing both whenever he can. 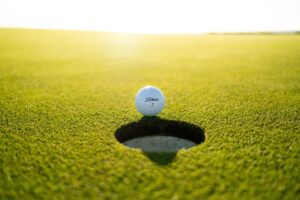 How To Be A Good Golf Player

Yes, you love playing golf, but are you good at it already? You do not need to be a professional golfer to find the interest

How To Maximize Your Golf Experience

Playing any sports is a good idea as it can practice many of your skills, but if you want a sport that does not involve

There are a lot of sports people can play, but among the many sports available to play, it is tennis that most people like, and

Golf is a popular game throughout the world. However, only the people from high-class like doctors like Dr Eugene Kramer are found playing golf in

Why Should You Try Playing Tennis?

The sporting world is full of games with different rules and gameplays. You may be interested in any type of game. However, if you are

The most popular chiropractor, Dr Eugene Kramer, has once said that most of his leisure time is dedicated to tennis. Likewise, the craze for tennis

Dr. Kramer loves to network with fellow enthusiasts and collaborate with others who share a love for the sports of tennis and golf.  If you would like to learn more, check out the Blog Page for up to date industry articles, or follow Dr. Kramer on social media to keep up with his happenings.  If you would like to contact Dr. Kramer, head to the Contact Page and fill out the form.